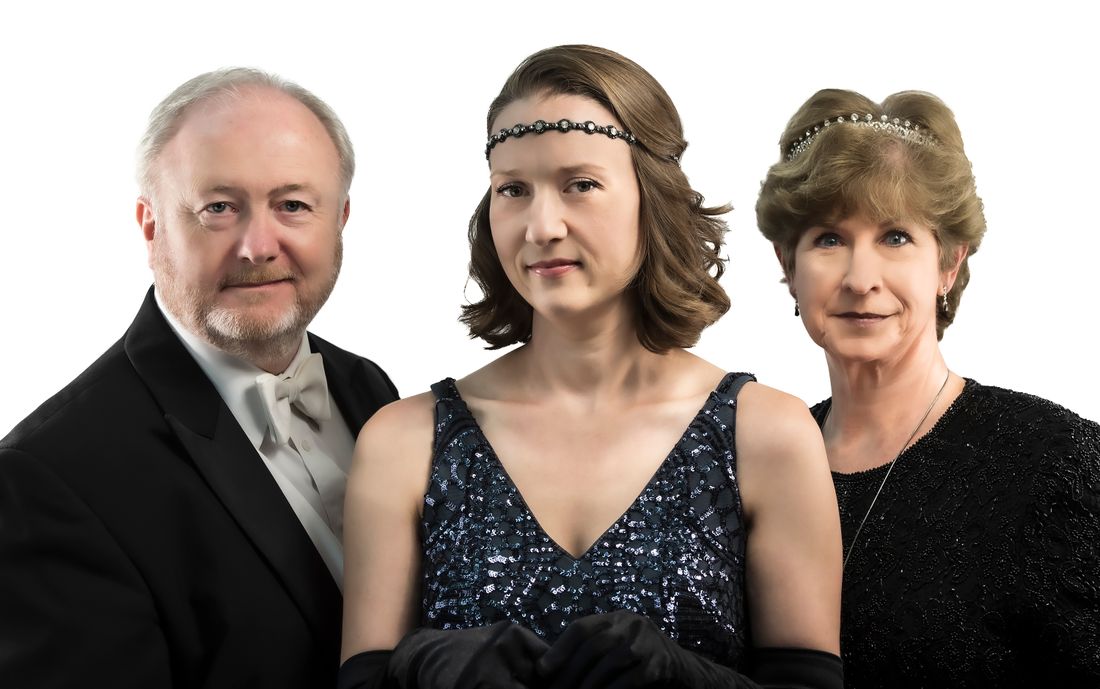 Downton Abbey, the award-winning BBC / Carnival / Masterpiece television series from Julian Fellowes, spanned 12 years of gripping drama centered on a great English estate on the cusp of a vanishing way of life. The series followed the Granthams and their family of servants through sweeping change, scandals, love, ambition, heartbreak, and hope.

The Kinne Trio presents a heart-warming program of music from the hit television series and film, Downton Abbey. Composed by John Lunn, Downton Abbey’s music is as immediately familiar to fans as is the iconic Highclere Castle where the fictional Earl of Grantham and Crawley family call home. Even concert-goers unfamiliar with the TV show will delight in Lunn’s charming, nostalgic music which transports the listener to the elegant manor home and the post-Edwardian English countryside where the show takes place. And if that’s not enough, the Kinne Trio’s program also includes favorite waltzes by Johann Strauss, Jr., along with other music from the TV series such as Puccini’s O mio babbino caro, famously sung by opera star Dame Kiri Te Kanawa, and First World War music by Nat Ayers (If I Were the Only Girl in the World) and Leo Friedman (Let Me Call You Sweetheart); songs in which the audience is invited to sing along!